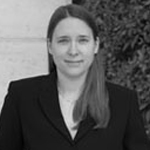 Amanda is an attorney, mother of two and a ballerina in her own right. She was accepted to join the Joffrey trainee program out of high school but the timing was not right so she went on to college at the University of Michigan and then attended the University of Iowa College of Law. She is now a Laguna Beach resident, partner in the law firm of Sugg & Paracuellos, LLP and still takes two ballet classes per week. She brings to the Board 20 years of experience as a business lawyer as well as her enthusiasm and extensive knowledge of dance. 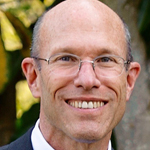 Ward has over 40 years experience as a practicing CPA and business executive, including over 15 years as a senior partner in a Beverly Hills CPA firm and the large regional firm into which it merged; and eight years as COO/CEO of a boutique financial services firm in Irvine.  He currently works exclusively with one family as their “financial consigliere” overseeing all aspects of their financial lives. 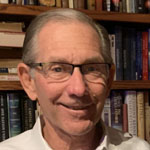 Bob Braun is a senior partner with the law firm of Rutan and Tucker where he has practiced for over 40 years.  He specializes in the resolution of complex business disputes and in that capacity has represented public companies whose shares are traded on the New York Stock Exchange, smaller public companies, privately held entities and individuals, and has been the lead lawyer in disputes where as much as $1.5 billion was at stake.  He has participated in numerous trials, arbitrations, mediations and negotiations.  In addition to representing clients he has mentored attorneys at Rutan, has taught classes to outside attorneys who were fulfilling continuing education requirements imposed by the California Bar, has taught classes to his clients’ in house attorneys and has taught a class to newly appointed judges.  Los Angeles Magazine selected him as one of the outstanding attorneys in Southern California.

Mr. Braun has been member of the Board of Trustees of the Laguna Art Museum for seven years where he has served as a member of the finance committee and the governance committee, and in that capacity was active in revising the entities by laws.  He served for eight years on the Board of Trustees of the Laguna Beach Education Foundation and served as its President.  He served on several school board committees.  He is also currently on the board of Planned Parenthood San Bernadino. He was active in the annexation of South Laguna by the City of Laguna Beach and has served on the Board of the South Laguna Civic Association. 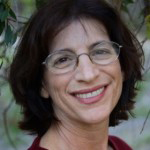 Mari began dancing at an early age.  She graduated from the UCLA dance program with a B.A. in choreography. Having an interest in psychology and the therapeutic aspects of dance she obtained her masters degree in Dance/Movement Therapy and went on to practice in clinical and residential settings. Mari then obtained an MFT before establishing a private practice. She continues to mentor and supervise Dance/Movement Therapy students.

Mari and her husband Ward have raised two daughters and they are now thrilled to have become grandparents. After moving to Laguna Beach in 2008, Mari has enjoyed the practice of yoga, the care of canines and travel. She is excited to leap from her love of dance to being a part of the Laguna Dance Festival board. 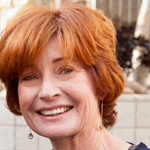 A California native, Mary has lived in Laguna Beach with her husband Michael, an attorney, for forty years. A recently retired speech pathologist, she is a lover of dance, particularly contemporary and modern ballet. She is a past board member of School Power and long time member of the National Charity League. She is a welcome addition to the Board. 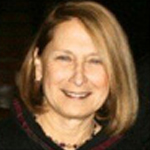 Nancy is active in many non-profits including Laguna Dance Festival, United Way of Orange County and the Susan Samueli Center for Integrative Medicine at UCI. Bringing the arts to the people of Orange County has been one of her primary passions for many years. Nancy is a partner of Buttoned Up, Inc., a company that produces a line of products for getting all parts of your life organized. She lives in Laguna Beach with her husband Michael, where they raised their four children. 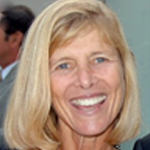 Robbie has a passion for dance and has been a supporter of Laguna Dance Festival for years. A Nurse Practitioner and Nurse midwife, when not delivering babies, Robbie is most likely hiking, doing yoga, playing with her four grandchildren or walking her dog Bella on the beach. Robbie and her husband Steve, an ophthalmologist, founded a medical foundation called Project Repair the World. For years now they have been traveling around the world to developing countries performing free eye surgeries. Robbie is also a member of the Disaster Medical Assistance Team that deploys to areas stricken by natural disasters. She has served in Haiti, Texas after Katrina, and most recently spent 2 weeks working in New York after Hurricane Sandy. 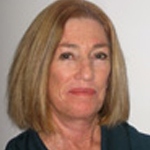 Edie has experience fundraising for several organizations: SchoolPower, Friendship Shelter, Jewish Family Services as well as the Laguna Playhouse where she has served on the board. Presently she is on the board of the Kevin Armstrong Foundation, which sets up extracurricular sports programs for the middle schools in Santa Ana. Additionally she is the Trustee of the Melvin J. Tonkon Memorial Scholarship for Laguna Beach High School. Ms. Tonkon is also a past teacher and trained as a career counselor for college. 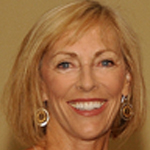 Karen began her life-long passion for the non-profit world in high school and college, bringing her volunteer experience to both Special Olympics and PTA as she raised her family. When Karen “retired” in 2002, she took some time off to play – she learned to surf and golf, and spent time traveling the globe with her husband and friends.

In 2009, Karen co-founded Impact Giving, a women’s collective giving organization, dedicated to having 1,000 women collectively award $1 million per year to non-profits organizations locally and globally. That same year, Karen joined the Board of The Laguna Dance Festival, a unique company bringing world-class dance to the small stage venue. Karen is currently enjoying her work with The Laguna Dance Festival and Impact Giving, and spending time with her grand-twins.