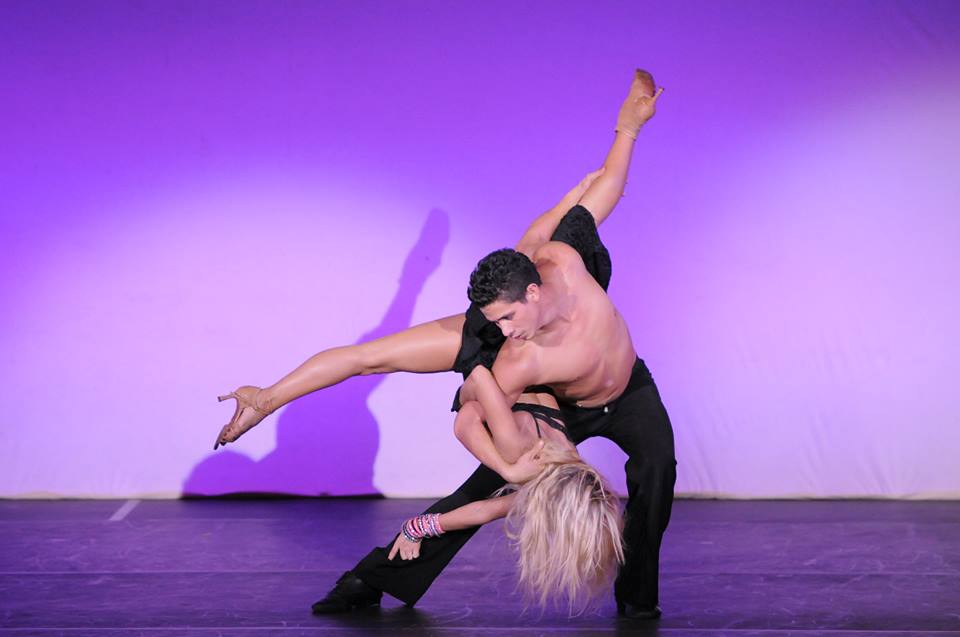 Laguna Dance Festival Founder and Artistic Director, Jodie Gates, and Executive Director, Joy Dittberner, announce the expansion of Festival education programs and special events, with a taste of innovative performances to come at the organization’s gala, June 2nd at [seven degrees]. The evening will feature ballroom champions and TV stars from So You Think You Can Dance and Dancing With The Stars, Oksana and Jonathan Platero, and talented students from the Glorya Kaufman School of Dance at University of Southern California, students from the Orange County School of the Arts, and a special performance by the 2016 Festival scholarship recipients. Gala tickets available at www.lagunadancefestival.org.

The ten-day September Festival launches with performances at ArtWalk and includes a Dance on Screen presentation at Laguna Art Museum of “Paul Taylor: Dancemaker” an academy award-nominated documentary about the career of the celebrated dancer/choreographer. Patrick Corbin, who for many years was a principle dancer with the iconic Paul Taylor Dance Company, will introduce the film. PTDC is one of two heralded dance groups concluding the Festival’s series of events.

The Paul Taylor Dance Company, founded more than fifty years ago in New York, is among the most renowned in modern dance, and has launched the careers of many stars, including Twyla Tharp and David Parsons. The company has a reputation as one of the best in the world, and a continuing force for modern dance. Two performances during the festival will include classic and representative works.

Ballet BC, of Vancouver, Canada will be the Festival’s second elite company. These dancers display breathtaking physicality and originality, taking modern dance a step beyond. The New York Times described Ballet BC as a troupe “cultivating a new landscape of ballet.” Ballet BC will perform three pieces choreographed by women, including Artistic Director Emily Molnar.

“This year’s Festival responds beautifully to our mission to expand educational opportunities and present the most exciting dancers to grace international stages. Ballet BC is an astonishing contemporary dance company with a striking repertory and the iconic Paul Taylor Dance Company is the best of modern dance,” says Jodie Gates.

Beyond company performances September 14 – 17 at Laguna Playhouse, Laguna Dance Festival will host two master classes, an open rehearsal, and an all-day workshop entitled “Choreograph Your Career” with industry professionals teaching, coaching and choreographing for the lucky group of dance students who will learn and train with elite choreographers.

Tickets for Paul Taylor Dance Company and Ballet BC go on-sale to gala patrons June 2nd and to the public in July. www.lagunadancefestival.org.

Laguna Dance Festival for twelve years has presented world-class performances on the local stage and provides quality dance education in an effort to increase public appreciation for the art. An award-winning non-profit enterprise in collaboration with many local arts programs, video excerpts of previous festivals and featured dancers can be found at www.lagunadancefestival.org

Latin Ballroom champions, Jonathan and Oksana are critically acclaimed dance stars. Jonathan gained national notoriety with his athletic dance ability on So You Think You Can Dance and on the hit TV show GLEE. He has also showcased his talents in music video’s for Jennifer Lopez, John Mayer, & Cody Simpson. Oksana danced for five seasons in the Dancing with the Stars professional troupe and also worked as a choreographer with Jonathan for So You Think You Can Dance. In 2016, the BBC announced that Oksana Platero would be one of the professional dancers on Strictly Come Dancing.

Founded in 2012 with a transformational gift by Glorya Kaufman, USC Kaufman combines artistic preeminence with industry access at one of the nation’s leading private universities. Since welcoming its inaugural class in fall of 2015, the program has hosted some of the leading artistic voices in dance. With world-renowned faculty members and exclusive partnerships with cutting-edge dance companies, USC Kaufman is a pioneering hub for dance education in Southern California.

Orange County School of the Arts

The Classical & Contemporary Dance Conservatory is a pre-professional program tailored to students who desire a specified focus in ballet, modern, pointe, men’s technique, and choreography and composition. A highly qualified staff gives students the technical skills, discipline, commitment, and edge necessary for a professional career in dance or related fields.

Dance, by nature, is a costly art form. From licensing and royalty fees, costume creations, lighting and stage design, to hours of coaching, every aspect of the final production is a significant investment.

Ticket sales cover less than
20% of these costs.
That’s why we need friends and patrons to help make the difference.

We salute and thank all of them!

Can we count on you
to support the magic of
Laguna Dance Festival
by making a contribution?