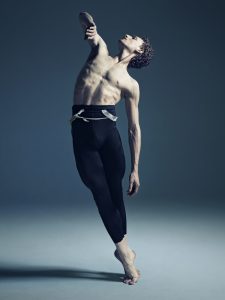 A native of Laguna Beach, California, Campbell trained under Victor and Tatiana Kasatsky and David Allan in Orange County before joining The National Ballet of Canada as an RBC Apprentice in 2009. He was promoted to Principal Dancer in 2018. He joined Houston Ballet as Principal Dancer in January 2022.

Campbell’s international accolades include the Bronze Medal in the Pas de Deux category at the Youth American Grand Prix in 2009 and Finalist in the Prix de Lausanne the same year. In 2011, he received the William Marrié Award for Dramatic Excellence for his role as Alain in La Fille mal gardée. He also won the MyTheatre Award for the Best Ballet Performance in Robert Binet’s Unearth and was recognized by Dance Magazine as one of the “Top 25 Dancers to Watch” in 2015.

Campbell is also the Director/Founder of the Skylar Campbell Dance Collective; a nonprofit organization aiming to unite and collaborate with artists from across North America.