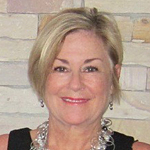 Joy moved to Laguna Beach in 1999 with her husband Tom and quickly became involved in the community. For eight years she served on the Board of Friendship Shelter, a homeless shelter for adults. She spent a year as a docent at the Marine Mammal Center sharing all she knows about pennipeds with visitors.

Joy functioned as Volunteer Coordinator for the Laguna Dance Festival for four years prior to joining the board. Joy brings more than twenty years of experience in business development, marketing, sales and professional relations working in the pharmaceutical industry to the table. She loves yoga, travel, hiking and scuba diving. She is excited and honored to be involved with the Festival as it continues to bring world class dance to Laguna Beach. She is a graduate of UCSB in Biology and earned an MBA from the University of Utah. 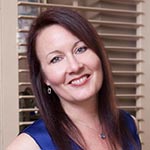 Jodie Gates has established a career as a director, choreographer, dancer, educator and producer, with bold ideas, risk-taking and collaborative projects as guiding principals for her artistic vision. Currently she is a Founding Member and is a Professor of Dance at the USC Glorya Kaufman School of Dance. Formerly a ballerina with the Joffrey Ballet, Frankfurt Ballet and Pennsylvania Ballet, her performances include galas at the Maryinsky Theatre in St. Petersburg, Russia, to appearing in the Nijinsky Festival in Germany, The Melbourne Festival in Australia, the Châtelet Theatre and Theatre des Champs-Elysées in Paris, Lincoln Center in NYC and Sadler’s Wells in London.  Her roles ranged from Julietand Giselle, to the repertoire of George Balanchine, William Forsythe, Alvin Ailey and an improvised collaboration with Ornette Coleman and Savion Glover at the Cologne Music Festival.

A nationally recognized choreographer, she has created over 70 works, most recently a commission for Vail International Dance Festival, New York’s City Center Theater, and an international televised ad campaign “Discover Los Angeles”.  Her choreography has been performed by Ballet West, Staatsballett Berlin, Complexions Contemporary Ballet, Cedar Lake Contemporary among others, and presented at The Kennedy Center and Helsinki International Ballet Competition. Ms. Gates’ honors include Altria/ABT fellowship from American Ballet Theatre, recognition by American Association of University Women for leadership in the arts, and a recipient of the Jerome Robbins New Essential Works program.

She founded the Laguna Dance Festival in 2005, since its inception the festival has presented annual world-class dance performances, gala showcases, site-specific events and educational opportunities throughout the year in Laguna Beach, California. 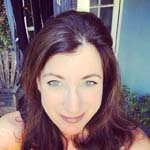 Deena Harros joined the LDF team in 2017, bringing a degree in business administration from Cal State Fullerton and a long list of accomplishments working with other local non-profits.

Ms. Harros’s organizational skills, technical savviness, fresh ideas and eagerness to learn have provided essential guidance in stream-lining and updating systems as well are redesigning our website. Her business background and expertise enabled LDF to completely revamp and update its accounting system.

With a background in jewelry design, Ms. Harros adds an artistic flair to all she produces. We are thrilled to have Deena working with the organization to fulfill our ambitious mission. 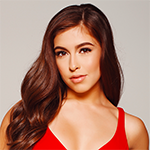 Simrin Player is currently receiving her BFA in dance from the USC Kaufman School of Dance along with a minor in Communications: Culture, Media, and Entertainment from the USC Annenberg School for Communications and Journalism. With her extensive education in dance and communications, Simrin is applying her multi-discipline knowledge to aid that of Laguna Dance Festival. Simrin will focus on the organization’s brand identity to increase the social platform of the Laguna Dance Festival.